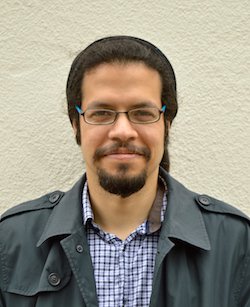 Samir, a passionate campaigner on housing and inequality, previously served as a Green councillor in Norwich between 2008 and 2012. Earlier this year he stood as the Green’s candidate for the London North East Assembly seat.

Samir said: "Hackney should be in the hands of the people. The Council too often is doing something to Hackney and its people, rather than working with them. We have seen this with the disastrous and embarrassing homeless ban, with the failed cycle scheme in London Fields, and now with proposals to build on Haggerston Park. A Green Mayor will put the people of Hackney at the heart of everything the council does.

On housing, I will take swift action against lettings agents and landlords who exploit renters, using the enforcement powers the council already has, and bringing in licensing for landlords and lettings agents. I will work to protect social housing from privatisation and develop more social and community housing.

A Green Mayor will take leadership on climate change and the environment. Pulling council money out of investments in fossil fuels, promoting renewable energy and tackling fuel poverty.

I will also tackle low pay by introducing a maximum pay ratio of 1:10 in the council (including my own salary), ensuring that all contracted workers in schools and council buildings are paid a Living Wage and supporting trade union rights.