Six candidates will compete to be the Green Party’s London Mayoral candidate after candidates were formally announced today. 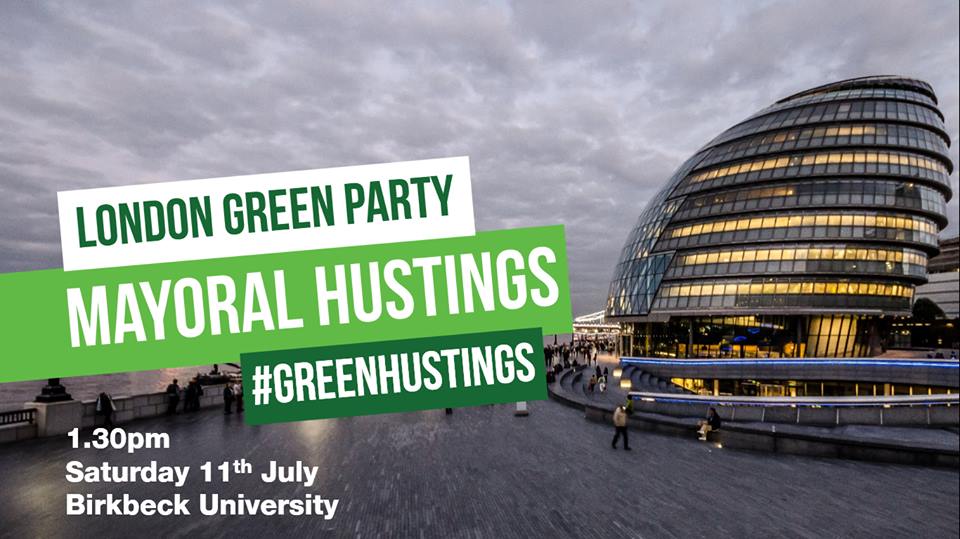 In what the party is describing as its “most competitive and high profile contest to date”, London Councillor’s Sian Berry and Caroline Russell, Party Spokespeople Tom Chance, Benali Hamdache, and Jonathan Bartley, and mentor and activist Rashid Nix, will now compete in a series of internal hustings before voting closes on 30th August.

The party is expected to announce the winner of the contest in the first week of September.

“The breadth of experience, skills, and knowledge amongst our six candidates is a testament to just how far the Green Party has come in London and shows that we are going to be a force to be reckoned with come next May, no matter who is our candidate. It’s my pleasure to wish each of our candidates good luck in what I know will be high quality and close-fought contest.

“Our priority is that we use the coming weeks to throw open our doors to the public and debate and discuss the issues affecting London and what it is we are going to do about them. With the right Mayor and Assembly in place, London doesn’t have to continue being the play-thing of rich investors and housing speculators. We invite everyone to get involved with our campaigns. Together, we can take back London for Londoners.”

Baroness Jenny Jones AM and Darren Johnson AM, the Green Party’s two current members of the London Assembly, have both already declared their intention not to stand either for Mayor or for re-nomination as Assembly Members.