Hackney Greens joined tens of thousands of marchers in London, and hundreds of thousands around the world, on Sunday to urge world leaders to take action against climate change. 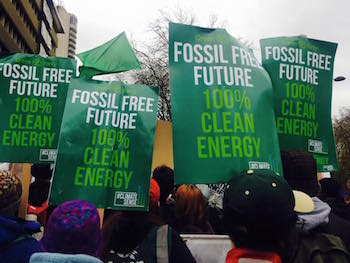 The People's March for Climate, Justice and Jobs was timed to coincide with the start of the UN Climate Change Conference in Paris, COP21.

Samir Jeraj, Hackney Green Party Coordinator said, “It is amazing to see so many people out on the streets of London calling for serious action on climate change.”

Campaigners, including the Green Party, are calling for the UK and other governments to act on climate change. This includes investing in renewable energy, insulating and improving homes and buildings, investing in public transport, and a global agreement to cut carbon emissions. 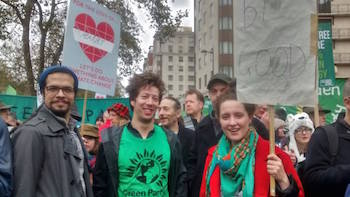 Mr Jeraj continued, “tackling climate change through policies like insulating our homes will help cut carbon and improve the health of people in the UK. The current government is failing to deal with climate change, slashing funding to renewable energy just at the time it is needed most and promoting reckless fracking.”

The Paris talks will last from 30th November to 11th December. Campaigners in Paris and around the world will be taking action over the next two weeks to keep pressure on governments to agree an effective policy on cutting carbon emissions. 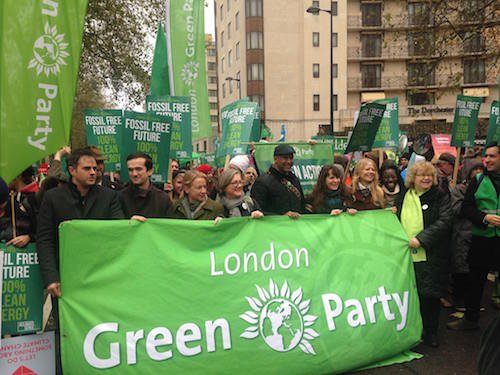