Meet our by-election candidates for Hackney Downs and Stoke Newington

Alastair Binnie-Lubbock will be standing for Hackney Downs and Halita Obineche will stand for Stoke Newington for the Greens in the forthcoming Hackney by-election.

The by-election is on May 5th, the same date as the Mayoral and London Assembly elections and follows the resignation of two councillors. 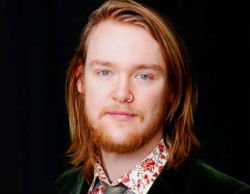 Alastair has been a Hackney Downs resident his whole life. He is a youth worker, film-maker and events producer who has volunteered at Hackney Night Shelter.

Halita has spent almost a decade working for various non-profits and volunteers at the local intergenerational arts charity, Magic Me. She is passionate about social action, community engagement, and a hyperlocal approach to economic growth and sustainability.

Alastair Binnie-Lubbock says: “Education, housing, and the environment are at the top of my agenda, and if elected I would fight plans to build two tower blocks of totally unaffordable housing in Hackney Downs.

“I will also argue for a better plan for the Lower Clapton Road / Urswick junction development that takes into account the needs and safety of the elderly, blind & partially-sighted pedestrians and cyclists. And I would argue forcefully that Hackney Council divest its pension funds of dirty fossil fuels and investments in the unethical arms trade.” 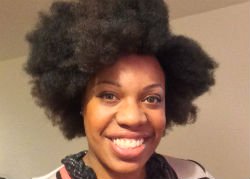 Halita Obineche says: “I will campaign to maintain the unique character of Stoke Newington, whilst supporting the thriving local economy. Key to community cohesion and empowerment is the support of independent local businesses and the development of new social action and volunteering initiatives to enable our community to have a voice and a sense of ownership. I will fight tirelessly to give our community that voice.

“This is one of the most culturally, economically and ethnically diverse areas in the world and I can’t imagine living anywhere else.”